We congratulate in a very special way Governors Ifeanyi Ugwuanyi, Chukwuma Soludo and Okezie Ikpeazu as they lead in this celebration

Ohanaeze Ndigbo Youth Council Worldwide has felicitated with three South-East States, Anambra, Abia and Enugu as they marked the 31st anniversary of their creation.

The trio were among the states created in 1991.

OYC, in a statement on Monday, described the founding fathers of the States as heroes, advising that every effort should be made not to let their dreams and aspirations die. 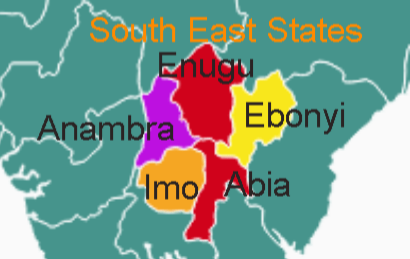 The statement made available to journalists was signed by the OYC National President, Mazi Okwu Nnabuike.

While x-raying the level of development in the three States, Okwu said though there are successes, lots more still needed to be done.

“On behalf of Ohanaeze Ndigbo Youth Council Worldwide, we congratulate our dear Enugu, Anambra and Abia States as they make their 31st anniversary.

“We congratulate in a very special way Governors Ifeanyi Ugwuanyi, Chukwuma Soludo and Okezie Ikpeazu as they lead in this celebration.

“We have seen these Igbo States advance in education and infrastructure. While we commend the Governors, we observe that there are still several miles to cover.

“We continue to seek a serious economic integration among South-East States. Such collaboration is the only way we could collectively take the region’s economy and infrastructure to an enviable level.”

“The dreams and aspirations of the founding fathers of these our dear States, which centre on development, must be pursued vigorously more than ever,” Okwu noted.