The police in Lagos have charged 48 suspects arrested during the Oodua Republic demonstration around the Gani Fawehimi Freedom park of the State few weeks ago.

Commissioner of Police Hakeem Odumosu charged the suspects before a Magistrate Court sitting in Yaba.

But last week, the Yoruba self-determination groups’ umbrella body Ilana Omo Oodua (IOO) had rose in defence of those arrested, securing their bail from the Lagos State Magistrate Court sitting in Yaba.

In another development, the court documents obtained by The Nation, revealed the suspects were charged for unlawful assembly, unlawful society and conducts likely to cause breach of public peace.

Some of the suspects, according to Odumosu, were intercepted and found with guns, axes, Oodua flags, Yoruba Armed Forces vests and other items. Others were arrested at the protest ground in Ojota.

A statement by Media Communications Secretary Maxwell Adeleye on Monday, stated of the arrested protesters, Tajudeen Bakare, the popular Ogboni Chief who went viral, was charged by the Police for the murder of Jumoke Oyeleke, who got killed by a stray bullet during the protest.

He confirmed the bail granted to all the protesters was upheld by the Court but that of Bakare was revoked.

“The Court refers Bakare’s case to the Director of Public Prosecutor (DPP) for further advice,” he added. 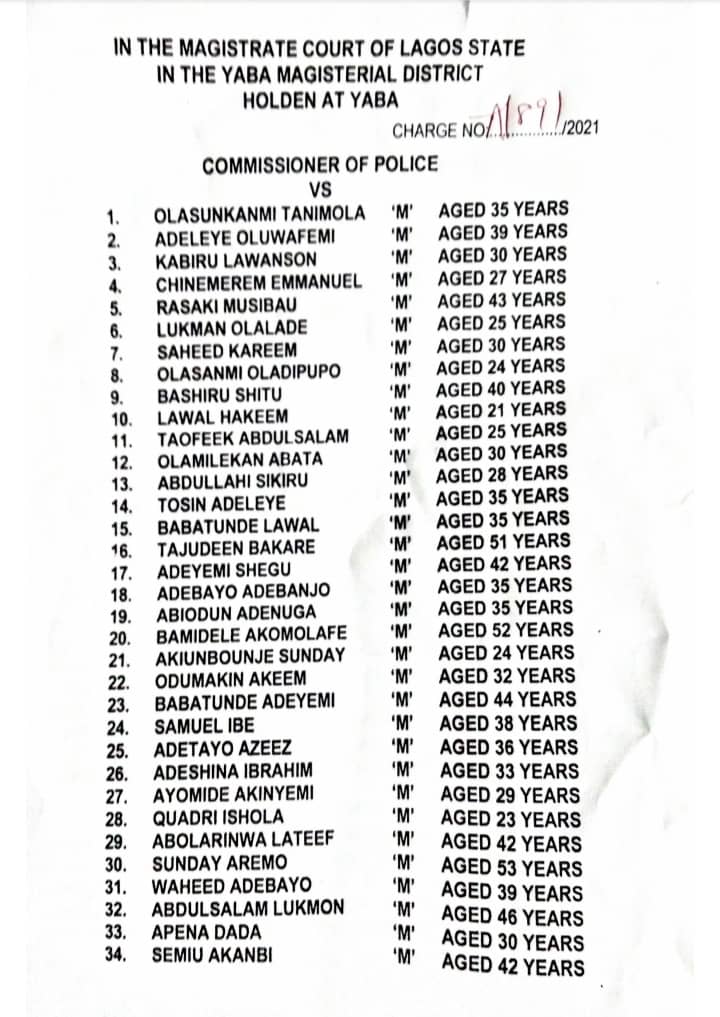 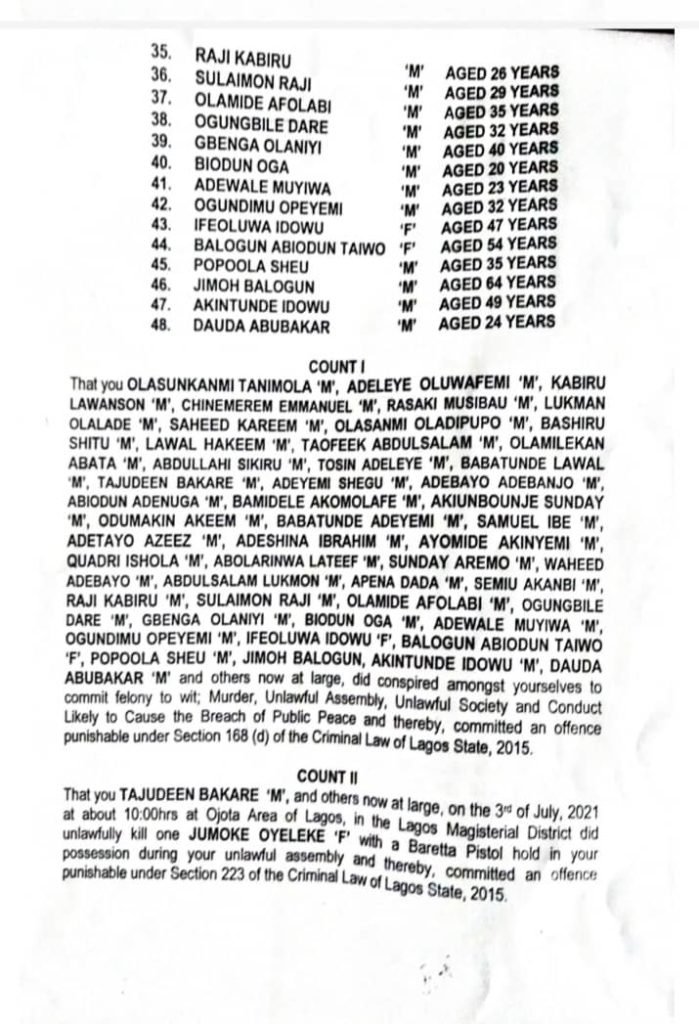 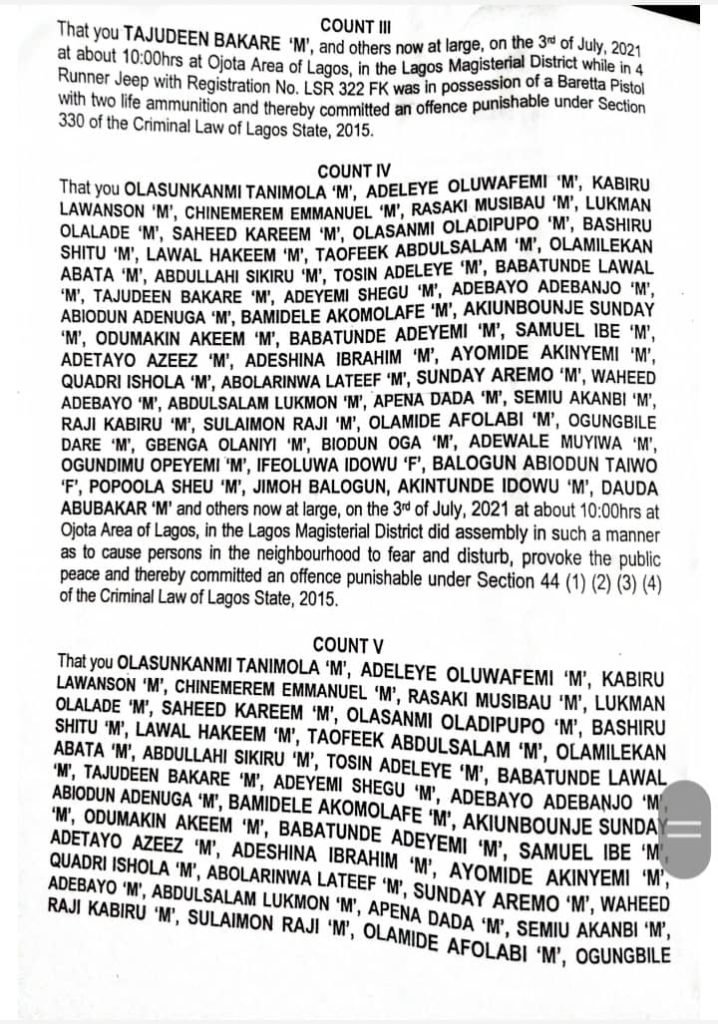 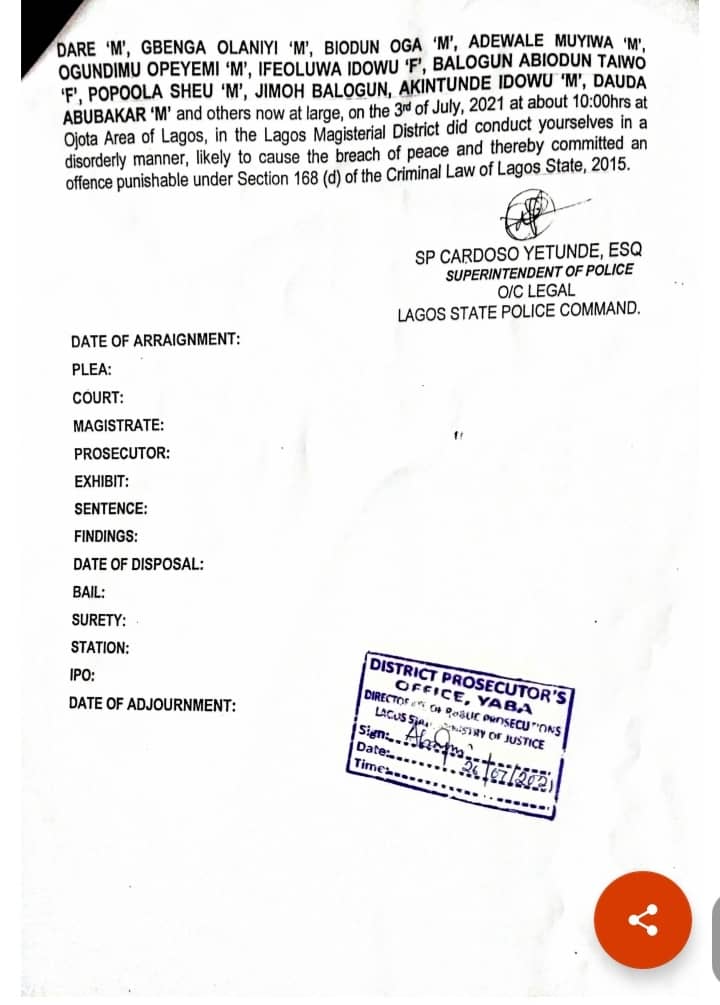