Nigeria Police may be missing the services of the likes of DCP ABBA KYARI and crack detectives in face of growing insecurity. Someome like Abba Kyari was at the fore front of the fight against terrorism, banditry, kidnappings and other heinous crimes in Nigeria. He fought crimes doggedly at the risk of his life and family.

Despite the limited resources and difficult terrain, he was able to ensure the country was not over ran by terrorists and bandits/kidnappers etc; something all Nigerians and foreigners can attest to. But that has changed. Nigerians seem to be sleeping with two eyes open. They are investing in vigilante and embarking on taking more security measures which is costing huge financial burden. Many wish the days of Abba Kyari can still come.

Since, the creation of the Nigerian Police Force, no officer has been able to do what he did in combating heinous crimes like terrorism, kidnappings, armed robbery, murders etc despite claims by some envious individuals, who believe they were more qualified to be in charge and be awarded medals than Kyari. But these individuals have forgotten that if their fathers’ names are not Kyari and their own names are not Abba, they can not be called ABBA KYARI.

The moon and the sun do not contest to shine, they all shine at their convenient time. People who sleep and wake up from their comfort zone won’t be recognized or be rewarded. Nigerians, what is happening to our sense of reasoning that we cannot tell ourselves the truth? Do we have a replacement for DCP ABBA KYARI in the entire Nigerian police organisation? Or in all the Security Agencies in Nigeria?

Are Nigerians going to be allowed to suffer because some few envious senior officers in the Police and other sister agencies don’t want to see Abba kyari in service? Is the President properly briefed on this and especially on the set up in the NDLEA against Abba kyari as a cover-up to shield their indicted officers in Enugu Airport and the drug barons paying the NDLEA officers? Which they did as none of the indicted NDLEA officers and the four drug barons were arrested, declared wanted or prosecuted.

Is the President aware that, hundreds of Kilograms of Cocain are still entering Nigeria everyday through Enugu Airport via Ethiopian airline because NDLEA refused to take action despite Confessions and indictment of their officers in that particular airport?

Recall Police arrested two drug traffickers in Enugu – Chibunna Umeibe and Emeka Ezenwane – that indicted NDLEA Officers in Enugu Airport and mentioned names of four major drug barons and gave their phone numbers after the Police IRT arrested them and transfered them to NDLEA. The barons were not arrested or even declared wanted by NDLEA, what kind of drug war is this? 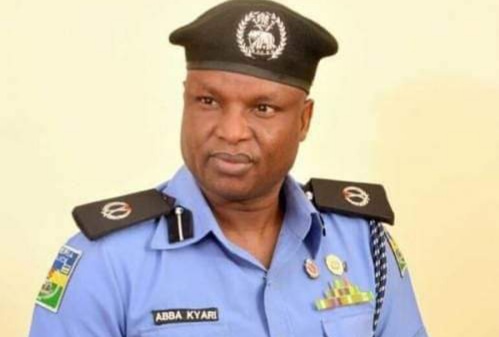 However, Kyari’s professionalism and records of achievement in fighting terrorism, kidnappings, armed robberies, murders and other heinous crimes have no comparison. These are the reason why he received 3 IGP medals of Courage 2012, 2013, 2014, Presidential medal of Courage 2016 and Award for Outstanding Service to the Nation by the National Assembly 2020 amongst many others making him the Most Decorated officer in the History of Nigeria. This of course attracted alot of envious colleagues in the uniform services to him and made his other enemies more aggressive in fighting him.

The public have viewed it clearly that since the suspension of DCP Abba Kyari and his men dismounted from various strategic points, Nigerian security system deteriorating. This can be seen from all the major attacks that took place within the last 4 months as the citizens were exposed to rapacious terrorists attacks. This has been known to be a calculated attempt by the planners to empower the Boko haram terrorist, bandits and other deadly criminals to carry out their heinous crimes all over the nation freely.

This is presently affecting the interest of the citizens from the federal level down to the states and local governments level, villages and cities within Nigeria. Nigerians are presently under the oppression of the most dreaded terrorist group(Boko haram/bandits) yet no remedy. The entire Nigeria police force as an organisation comprising the intellectual and operational capabilities, functioning as police officers and even the other sister Security agencies where concentration were given in terms of equipments, logistics, funding in hundreds of billions of Naira were allocated yearly couldn’t come up with grand effective operational and intelligence strategies that can effectively rescue Nigerians from the serious insecurity challenges overwhelming the country.

It’s in public domain what Kyari and IRT did with almost zero funding from the Nigeria Police and Nigerian Government as 90 per cent of their operational fundings, office buildings and other logistics came from goodwill from Nigerians who know what the IRT was doing without government funding, and also Goodwill from people that were happy the Unit assisted in cracking and solving their cases. Considering what Kyari achieved without Government funding, Just imagine what IRT under Kyari would have done if they were given 50 percent of the fundings they needed.

The army has been in charge of all checkpoints and borders of Nigeria, yet the border and checkpoints are porous through which the Boko haram terrorists and bandits were groomed and strengthened to launch attacks, gruesome murder, victimized and forcefully dispossess Nigerians of their prosperity in their ancestral lineage as ransom, leaving them without hopes.

Yet the existing administrators cannot view the immediate records of DCP Abba Kyari in line with the professionalism of policing as regard to the principle of proactive and reactive through which several substantial successes were undoubtedly recorded. (Google it and see or check the records of his antecedents). Despite all the overwhelming records and his ability to do greater than ever before, the authority is still keeping him behind bars instead of supporting him to do what he knows how to do best.

Recall he and his Colleagues refused to escape when the Kuje prison was attacked and taken over by Heavily Armed Terrorist group for about 3hrs on the evening of 5/7/2022 where all the terrorist in the prison were rescued and all the dangerous and deadly criminals many on death row escaped. God saved his life that night as the terrorist who went for his life couldn’t get him and obviously If jumping bail is the reason for not giving him bail what of the fact that he refused to escape when he had opportunity to escape that very night as 90 percent of the inmates escaped successesfully.

It wouldn’t have been obvious that keeping Abba Kyari behind bars is an arrangement and conspiracy of the highest order among the concerned. The question is, is there any officer in the Nigerian military or paramilitaries that can take up the mantle and start rescuing victims, arresting kidnappers, terrorist and preventing further heinous crimes proactively like Abba kyari?