Note that students securing admission into any university must have a combination of secondary school certificate examinations result, JAMB score and the particular university internally conducted examination”

The Joint Admission and Matriculation Board (JAMB), during its policy meeting held on July 21, pegged the minimum cut-off score for admission into the country’s universities at 140 for the 2022/2023 academic session.

It put that of Polytechnics at 120, and Colleges of Education at 100.

The board also approved 120 as cut-off marks for Polytechnic and 100 for the school of Education and Innovative institutions.

Last year, it announced 140 as the cut-off mark for all federal, state, and private Universities; 100 for polytechnics; and 80 for colleges of education in Nigeria for the 2021 admission.

The News Agency of Nigeria (NAN) reports that, in announcing this year’s cut-off marks, the examination body said that of the over 1.7 million candidates that sat for the examination, only 378,639  scored 200 and above.

The trend of the cut-off marks over the years, dropping in the case of universities to 140, of the total 400 marks, has elicited mixed reactions.

Some describe the lowering of the cut-off, the benchmark for placement of candidates into the country’s institutions of higher learning, as worrisome, with implications for education standards.

Others, however, think otherwise, saying it is not the sole determinant.

He said that there was a need to ensure that candidates are challenged to get the best for the universities especially, as well as other tertiary institutions.

This, according to him, will ensure that the best are admitted and fit for purpose, during and after graduation.

Bakare, also Director of Consult, LASU, said that low cut-off had serious implications on the quality of students being produced at the moment.

“This implies that the government needs to do a lot in motivating the teachers first in our secondary schools, and providing an enabling environment for private schools to compete well.

“Government should also train and retrain our teachers in public schools and adequately equip the laboratories to enhance the performance of the students.

“More funds need to be allocated in real terms to the education sector, without delay, and the welfare of teachers should also be improved, if the performance of students are  to be enhanced,” he said.

“Teaching environment must also be conducive to facilitate a smooth learning process.

” State of emergency should be declared in our education sector in Nigeria,” he said.

But Chief Adeolu Ogunbanjo, Deputy National President, National Parent Teacher Association of Nigeria (NAPTAN), posits that cut-off marks can be seen only as a guide to university admission, but not in totality.

He said that the institutions still conducted their own internal examinations, by way of the  Post  Unified Tertiary Matriculation Examination.

“Note that students securing admission into any university must have a combination of secondary school certificate examinations result, JAMB score and the particular university internally conducted examination.

“I think and I want to believe that the wisdom Prof. Ishaku Oloyode used there, was to ensure that university admission is  now flexible to ensure that it takes more students, particularly now  that a lot of things are disturbing education in the country.

“But lowering the cut-off to 140 does not mean that a student who aspires to study Engineering can do so; however we don’t mind the step, as parents,” he said.

Mr Andrew Agada, Principal, King’s College, Lagos is of the view that the candidates’ performance in the examination could have been part of the reason for the cut-off marks announced.

He noted that some time back, it used to be higher for universities and the other tertiary institutions.

“Universities used to be 180 at least, but getting to this level right now, means something must be fundamentally wrong somewhere,” he said.

Agada lauded one of his students that participated at the examination and came out with a total score of 355. 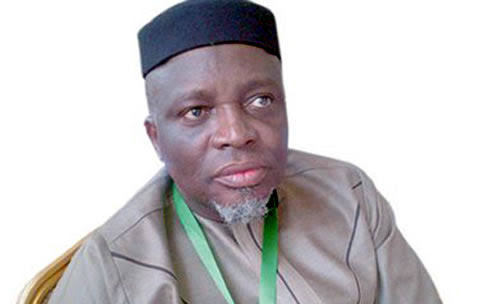 He noted that it was no mean feat, adding that it was a thing of honour to the college and needed to be celebrated.

Fowowe said that the poor performance of candidates in this year’s examination were possibly due to the questions being above the curriculum or syllabus given to them to study.

“Also, maybe laziness on the part of the candidates, for which they didn’t study well for the examination, could also be a factor.

“As researchers, we are compelled by this development to carry out a survey about those that scored less than 180, that will secure admission into the various universities.

“We must do a four-year longitudinal study of their performance in their future departments, to see if there is a correlation between JAMB  performance  (scores) and  undergraduate academic performance,” he said.

To Dr Nasir Fagge, a former President of the Academic Staff Union of Universities (ASUU),  there is a need for a review of the law establishing the JAMB.

According to him, the idea of allowing the examination body to decide general cut off marks for the country’s tertiary institution must be jettisoned, if the system is to achieve its mandate.

“This is one of the things we have been engaging the government on, in the past. Where in the world will you have a particular outfit to determine what is best for institutions of learning in terms of admission?

“The practice is foreign to university autonomy.