The worst tragedy that has fallen upon Nigeria was pronounced this week, and underlined by a viral video of Kaduna train passengers still in captivity and a BBC documentary on the anarchy in Zamfara State. The two visual reminders are a nightmare even for a country this accustomed to tragedies and the indescribable series of events documented to show that we function in a purgatorial space.

It’s traumatizing enough to endure the horror of one’s loved ones being held captive in some savannah scrubland by a ragtag bunch of men bearing arms, but watching them being so dehumanized by their abductors in a trending video has to be an unbearable scale of pain. But this is yet another pain that moved everybody and everything but the person elected to prevent and manage the crises.

In Zamfara State, where Governor Bello Matawalle had asked the residents to acquire licensed guns to protect themselves, Yusuf Anka and his team produced a brilliant and objective origin story of the bandit warlords who have held the state to ransom. The BBC documentary, The Bandit Warlords of Zamfara, is what you must watch to gauge the intensity of your compassion, which is missing at the nation’s decision-making table. It documents the management of the greed and grievances that have brought the state or entire Northern Nigeria to its knee and gasping for salvation.

What’s eerily disturbing isn’t that the nation has become accustomed to tragedies that size or the revelations of such documentaries, but the serial silence of President Muhammadu Buhari. He’s either quick to send out a predictable statement that he’s “shocked” and “saddened” or stay mute amidst the clamouring for his presence—an assurance that the cockpit is occupied and the pilot awake to the frightening reality and conscious.

Buhari’s government has been undermined by this characteristic laissez-faire attitude towards the actions and inactions of those appointed and tasked to oversee critical organizations and sectors in the country. This refusal to acknowledge the ripple effects of his silence and absence is telling.

When the Kuje prison break took place early this July, the president rushed to say that he was “(s)addened by the attack on the Medium Security Custodial Centre, Kuje,” and that he was “disappointed with the intelligence system,” adding “How can terrorists organize, have weapons, attack a security installation and get away with it? I am expecting a comprehensive report on this shocking incident.”

After over seven years of leading Nigerians through their worst nightmare in recent decades, that reaction sounded like a sad attempt at sarcasm. Buhari couldn’t have been disappointed in the nation’s “intelligence system” because, as the Commander-in-Chief of the Armed Forces, he’s the head of the admitted diseased system. So, what he observed, in his own words, was that he’s merely disappointed in himself, which has to be his government’s first-ever accurate self-evaluation. It was a classic mea culpa.

Unfortunately, it’s been about three weeks since the prison attack, and yet none of the people managing Nigeria’s security under his watch, and under whose watch that indescribable attack on a prison in the nation’s capital transpired, is back in the labour market. We are not even talking about having them arrested ahead of their trial to answer for possible collusion with the non-state actors. And that’s the reason we are here. There are no consequences.

But Buhari’s decision to embark on a trip to Senegal hours after the prison break is the symptom of this characteristic lack of consequences. He treats his job as though he’s forced to stay in power, and this explains his seeming disdain and damning of optics in dealing with the public he’s sworn into office to project. 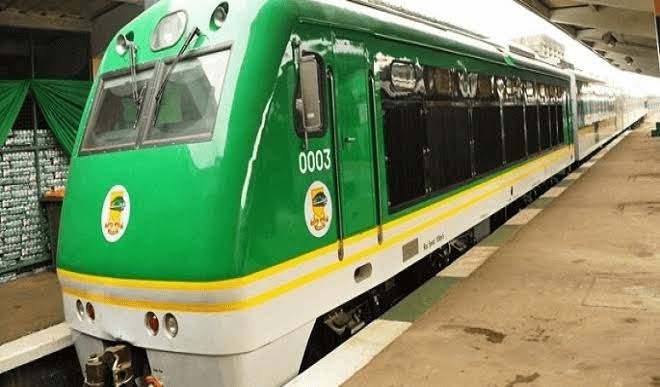 When a legion of governors, legislators, and All Progressives Congress (APC) chieftains visited him at his Daura home during the Eid-Al Adha holiday, he told them how he was eager to leave office, and that “I can tell you it has been tough”. What he didn’t say in acknowledging that he had been overwhelmed, and of course clueless, is that he doesn’t need to wait till the expiration of his tenure before he can leave.

Of course, none of his visitors could’ve told him that the constitution that keeps him in office has also provided for him to resign if he finds the kitchen too hot, which is, unfortunately, the case. But one doesn’t expect the same cast of characters incapable of doing so through the legislature to attempt such sacrilege. This conspiracy of the self-serving and the lax breeds these silent funerals across the country.

• Kakanda is a newspaper columnist and public affairs analyst.