Tourism has returned to centre stage in Egypt after the country’s deadly coronavirus experience, which restricted tourists from visiting tourism sites in the country since the outbreak of COVID-19.

The News Agency of Nigeria (NAN) reporting from the Mediterranean City of Alexandria in northern Egypt on Saturday, saw hundreds of people finding their ways to the iconic Bibliotheca Alexandrina in the city.

The facility houses the ancient library and various civilizations of Egypt, dating back to 331 BC, when the Roman General, Alexander the Great, founded the city.

It also houses the country’s national museum, including personal belongings of a former President of the country, Muhammad Anwar Sadat, who was assassinated on Oct. 6, 1981 in Cairo.

A tour guide at the facility, Nouran Ashraf, told NAN that the Alexandria Library was generating up to $20 million yearly from tourists visiting the place from various countries.

She put the cost of re-building the library, which has existed since 288 BC at about $220 million, saying that a total of 606 events were staged at the conference centre of the library in 2021.

According to her, the library provides employment to about 3,000 Egyptians, who work diligently to preserve various historic items in the library, dating back to the Greco-Roman era.

Ashraf traced the progress of civilizations in the North African country from the Greek period, through the Roman era to the French occupation of the country up to when the British arrived in 1882.

The city of Alexandria, which lies on the Mediterranean coast on the northernmost tip of Africa is also home to eye-catching skyscrapers and luxury apartments that define the unique place of Egypt in world civilization.

The beauty of the ancient city has made it a choice destination for tourists, who come in droves to feel the country and explore its rich past.

Also in the Giza district of Cairo, a tour guide, Walid el Balouty, led some 22 visiting journalists from sub-Saharan Africa to inspect pyramids, which he said were built by Egyptian kings at about 2,557 BC.

He said that up to 10 million tourists visited the pyramids annually and that the pyramids were generating up to $14 billion every year before 2011.

Balouty explained that the pyramids were built from limestones and that it probably took up to 20,000 workers to build each of the pyramids within a span of 20 years. 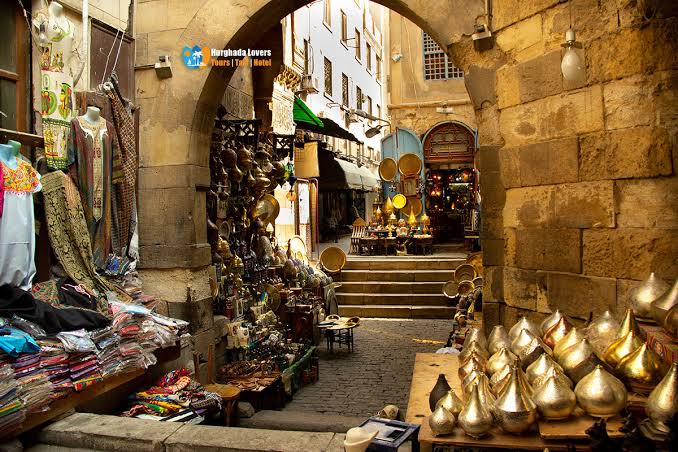 He described the pyramids as the burial chambers of Egyptian kings, their wives and mistresses, saying that the pyramids were among the wonders of the ancient world.

The tour guide said that Egypt had been home to a total of 141 pyramids, scattered in parts of the country since ancient times.

Records show that tourism contributes about 15 per cent to the Gross Domestic Product of Egypt, which is currently the biggest economy in Africa.

Egypt with a population of about 105 million people is also the third largest populated country in Africa after Nigeria and Ethiopia, which are homes to 206 million and 116 million people respectively.