When my father shut his eyes finally, I was at his side. It was the second time in my life I was witnessing the transition, when the soul turns away from this earth the final time to walk into the Light. In that moment, tears came to mine. For the immediate aftermath of Death is very hard for the loved ones. But we understood that he had been a public figure so we needed to make a statement. For this reason, he had not been gone minutes, when we congregated in a corner to compose one. In that same instance, my phone beeped. I looked at it. Till today – it is irrational I know – I bear a lingering sense of resentment towards this person. It was a woman. She was texting me to say, ‘Ewoo! So sorry about the death of your father. I am just seeing it on the news now.’

I do not know which one of the other people in that hospital room it was, watching that scene, and only seeing an opportunity to be the first to break the news. I do not know. But, to me, it is that famous picture of the vulture standing over the dying child, and the photojournalist who took it. It used to be a trait we thought only journalists had. But social media has proved it to be an all too human one. To whip out our phones and record. To whip out our phones and tweet. To whip out our phones and upload. Even in situations where our intervention could have helped, even in situations where the story we are reporting is not ours, still we prefer to stand there watching through the lenses of our omnipresent cameras, silent to the situation, but viral to the world. 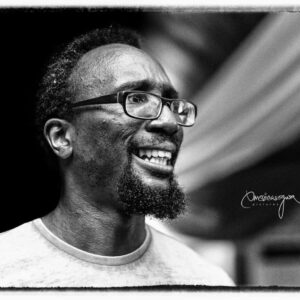 Like this, I have heard news of a video making the rounds of the murder of a man. A man whose children will have to yet again deal with the devastating loss of a parent under the intrusive gaze of the public. A man who in his final moments did not have someone to hold his hand, to surround him with love, and ease the transition away from the deadweight of this earth and into eternity. Instead someone stood there watching him – not with eyes of compassion or empathy or humanity, nor with the recognition of this truth, that this Bell that tolls each time a soul departs, always always, tolls for us all. Instead someone stood there watching him through the cold eyes of a mobile phone, seeing only an opportunity to go viral.

No doubt, there is light and darkness in every human soul. But this need to record a situation like this, it is darkness. This curiosity to open and watch a video like this, it is darkness. This need to share a video like this, it is darkness. There is nothing modern, or sophisticated, or civilized about it. It is darkness – more barbaric than the Stone Ages, and one of the most graphic signs of how the contemporary social media culture can dehumanize us all. Don’t do it. For our idea of what evil is, in some ways, is stuck in the Middle Ages. One day, it will dawn on us that the devil long ago left cats and bats alone to relocate to phones and mobile devices. That a culture that relentlessly invites us to record life every day instead of to live it is a culture that daily tempts us.

Resist it. For without thought what is meant as a tool will become the master. Privacy is at the heart of human dignity. Do not so thoughtlessly rob your fellow man or woman of it. And one of the truest signs of Love is that it covers vulnerability, weakness and shame. Yes. It may not be best to use laws indiscriminately to regulate social media today, but it is absolutely wrong to not self-regulate. Try it. Once in a while, try it. Do good – look good, be good – and post nothing about it. Come across someone in a vulnerable situation, and turn your camera off. See something going wrong and don’t stop to record it. Stop to fix it. Like this, may our humanity live on.

• Chukwumerije is a poet and public speaker.