365Daily – Ben Bright Orlu, the man whose story on how his pastor snatched his wife in Rivers State went viral on social media weeks ago, is set to marry a new woman.

He had lamented that Pastor Moses Adeeyo of World Bank Assembly in Eneka, Obio/Akpor LGA, Rivers State, destroyed his marriage of 12 years by wooing his wife while they were going to him for counselling over marital problems. 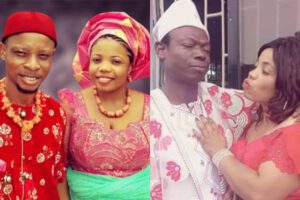 However, he is now set to tie the knot with Justina Oko on Saturday, September 25th, with the wedding invitation and pre-wedding photos splashed all over social media.

The pre-wedding photos and invitation were shared by one Wehere Sidney Terrence on Facebook and acknowledged by the groom-to-be, Ben, who reposted it with the comment: “Than.”