While the local government elections were taking place in Lagos and Ogun states last Saturday, July 24, 2021, I posted on my Facebook page as follows:

“Rather than wasting money on today’s local government elections in Lagos State, the state should have used that money for some other important things and send the names of the APC candidates as winners of the elections in the 20 LGAs.

“The party of the state governor of each state has been sweeping all elections in all the LGAs within each state.

“I don’t know why the states keep wasting resources, disturbing people’s businesses with ban on movement, etc, over an election whose result is known.

“I checked in some local government areas in Lagos and noticed that the PDP candidates did not even bother to print posters. Only the APC candidates (and a couple of nondescript parties whose candidates wanted to register their presence and upgrade their CV) deployed posters and banners.”

On Monday morning, someone sent me a private message which read as follows: “APC sweeps Lagos and Ogun chairmanship elections. (You’re indeed a prophet, sir). It’s quite a pity the kind of democracy we practise here.”

Contrary to what he said, I am no prophet. I did not make my post based on any spiritual powers or any special message. I simply reached my conclusions based on what have been happening for years now. It is obvious that the state governors in Nigeria have killed the local government system. What exist today are not local government areas but agencies within the states.

In the past, the local government areas produced great personalities. In Lagos State, for example, anybody who performed well as the chairman of Lagos Island LGA automatically became a frontline candidate for the office of governor of Lagos State. Similarly, being the chairman of Onitsha Local Government Area was a big thing. Also, that Nnewi has a big market today is because of the local government system through which the existing market was rebuilt as a modern market in the late 1980s, while the Agbo Edo section, which is about three times bigger than the existing Nkwo Nnewi market, was added. 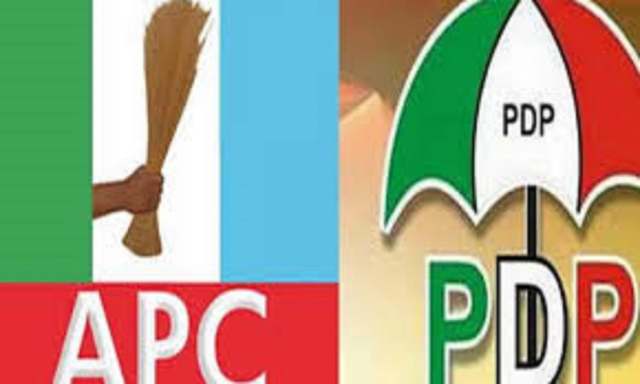 There was a time local government areas constructed roads, bridges, and other facilities within their constituencies. Depending on their location and income-generating projects within their jurisdiction, they generated a lot of funds and controlled a lot of funds. Therefore, they could embark on some projects that would be of immense benefit to their communities. Given that the governors were far removed from many towns and villages, the local government chairmen were the governors or presidents many towns and villages knew.

By 1999 when the military left governance and the Fourth Republic started, local government chairmen were elected like other political positions. They were a strong force then and formed a vibrant association called Association of Local Governments of Nigeria in November 1999. Each LGA bought a vehicle for the police within their respective constituencies. However, when the tenure of that set of local government chairmen ended, the state governors across the federation decided to destroy the local government councils. This was done through different means.

The second way they did this was by conducting elections, supervised by the state-created electoral commission. In the spirit of he who pays the piper calls the tune, the state-controlled electoral commission of all the 36 states ensures that the party of the incumbent governor wins the elections in all the local governments within the state. Despite the absurdity in this, each state copies it and replicates it when it is time to conduct its local government elections.

The irony of the two cases was that the legal case was instituted because there was a change in the political party that took over the governorship of both states in recent times. In Katsina State, the Peoples Democratic Party was in charge of the state and all the local government areas and the LCDAs were “won” by the PDP. By 2015 when Masari of the All Progressives Congress won the governorship election, he sacked the local council chairmen, like his colleagues usually do. On the flip side, the APC was in charge of Oyo State and all the chairmen were of the APC until Makinde of the PDP became the governor in 2019. He sacked all the local government chairmen in line with the tradition of the governors. Luckily, these two sets of local government chairmen and councillors instituted a legal case and got a judgement.

The rationale the governors use to sustain their fixation to have the LGAs completely under their control is that as a federation, Nigeria is supposed to have two tiers of government: the federation and the federating units (the states). They argue that the local government areas should be the sole business of the states, and each state should be able to create as many LGAs as it wishes. There is sound logic in that line of argument. But there is a caveat. If each state should have the power to control the LGAs within its purview, it should also not receive a kobo from the federation. It should use its own resources to create, manage and fund the LGAs.

Because of the trend of each party in power sweeping the LGA polls within the state, voters and opposition candidates no longer bother to participate in the polls. For meetings to hold, a certain percentage of attendance is required to form a quorum. If less than 10 per cent of registered voters participate in an election, that election should not stand. It should be taken as boycotted and therefore annulled.

Since the governors have been deciding who become the chairmen of all LGAs with their states, what is the essence of wasting human and material resources to conduct such elections? Why deny the people the opportunity to go out to look for their daily bread because of elections whose winners are already known?

Because the local government election has become a joke and a mockery of democracy in Nigeria, it should be scrapped to save the country such huge resources wasted to conduct an election that is simply a waste of time. Each state governor should be allowed to appoint the leaders of the local government areas with each state. But allocation from the Federal Government should no longer go to any LGA. Nigeria cannot be funding the private enterprise of state governors.

• Onwuka is a newspaper columnist and author.